Clouds in the sky, but no shells on the seashore.

I always have these dreams that I am walking down a beach looking for seashells, but I never find any. The most I ever find are tiny fragments and crumbs of freshwater shells, even if in my dream I am standing on the seashore. Last night my dream took place by a large lagoon. It was seawater, but the shore was muddy and grassy. The sand was dirty, speckled with organic matter and half made out of mud. It seemed more like a lake than the ocean. I think people were coming after me, but I don’t remember why. It wasn’t a chase. They were just looking for me. I didn’t even find shell fragments in the dream. I don’t know what it means, but I’ve decided that it is my recurring dream that I didn’t think I had. 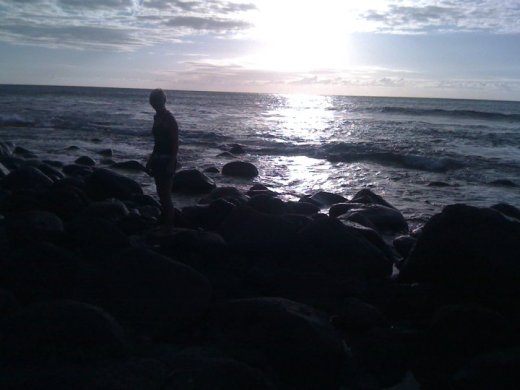 I have the day off from work today, but she didn’t give me enough notice to plan anything (she just told me yesterday) and the weather isn’t quite what I hoped it would be. If it wasn’t so cold outside, I planned on working on some big soft slab projects. I guess I could take a collective photo of what I’ve been making so far since those bottles… but I don’t really know what to do today. I wish it was sunnier… but maybe I will just have to go for a bike ride or a hike in the rain. I have an idea of a good hiking spot where I’ve been meaning to go, but I’m trying to decide whether it would be the best idea or if it might turn wicked out there. When it rains here, we usually get thunder and lightning (fun to watch out the window, not so fun to be in the middle of while standing on a mountain top).

I made chocolate chip cookies last night 🙂 My dad gobbled up half a plate in about 5 minutes… but luckily I have a few left. Maybe I could do some more baking today. I bought a big bag of whole barley yesterday– a lot bigger than I planned on. It’s one hundred pounds, and I decided the best way to get it out of my trunk to store it is to scoop it into smaller containers straight from my trunk 🙂 I soaked some of it yesterday so I can start a new batch of malt once it’s sprouted. I’m thinking of a nice porter ale this time… full flavored 🙂

It’s days like these where I miss my old studio, because then the weather wouldn’t matter so much. I could just burn some incense and lay some slabs out right on the smooth concrete floor. I tried having a studio last summer with a wheel and a home-made wedging table (I didn’t even think about using the floor back then, but I was new at basically everything) and a million shelves, but since my wheel wasn’t very functional and I wasn’t inclined toward hand-building then, I didn’t have much motivation to keep working in clay. 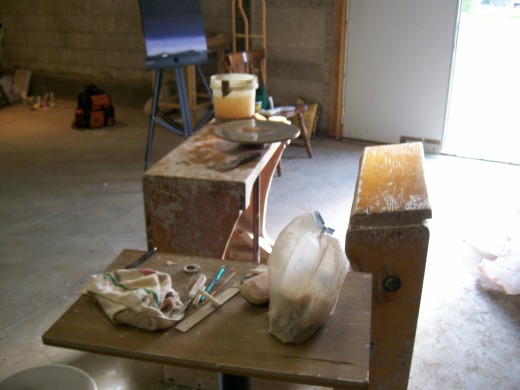 I think what I miss most about the building is the gallery space I had up front 🙂 It was kind of shabby, but nice enough to just set a few things out on display. 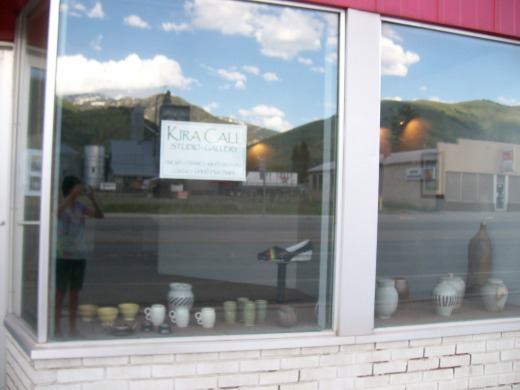 Anyway, I do like working outside just hand-building stuff when the sun is out. I just don’t know how often I will get that chance in the next few days. I mean, last summer I had to pack things up and drive down to my building and I would constantly forget things. Also, it’s nice having all of the comforts of home at my fingertips, not to mention I save some gas money.

The sky looks so ominous right now, I don’t know what to expect. Maybe it will have to be a cleaning-catch-up day. — Ah HAH! Just got my check in the mail from the spring ceramic sale 🙂 It took about a month to get here… but I’m grateful all the same.

Here is another sculpture that I did for the herbarium 🙂 a peach: 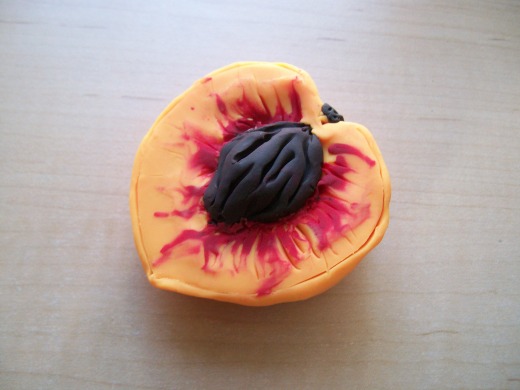 1 Response to Clouds in the sky, but no shells on the seashore.